The AfroFogey like all people who’ve had pleasant childhoods love Christmas. So I take this time, on this glorious day set aside to celebrate the birth of our savior, to say Merry Christmas to my brothers, sisters, cousins, and friends who follow the site. I truly do hope all of you have a blessed holiday. While doing that be sure to listen to this piece played by the Negro icon Duke Ellington and his orchestra.

Sir Duke was a cool cat and could add soul, or swing, any piece of music. As he said ” “I thought Tchaikovsky to Strayhorn to Ellington might be a pretty good parlay.”

Today is the anniversary of the I Have a Dream speech, a speech, that is as masterful oratory as it is, message actually leaves me sort of cold. For the most part, politically, Dr. King and I are not compatible. But with out a doubt I have great respect for a man who sacrificed himself trying to lead our glorious race to a better place in the US and indeed the world. So in honor of his special day I will post my favorite Martin Luther King clip. For me, it is his most powerful message.

“‎”Nobody can do this for us. No document can do this for us. No Lincolnian Emancipation Proclamation, no Kennesonia, no Johnsonian civil rights bill can totally bring this kind of freedom. No, if the Negro is to be free he must reach down into the inner resources of his own soul and sign with the pen & ink of assertive manhood his own emancipation proclamation. Psychological freedom, a firm sense of self-esteem, is the most powerful weapon against the long night of physical slavery.

The good Dr and I shared a favorite song and gospel artist in How I Got Over by  Mahalia Jackson. Listen to both they will deepen your life experience.

Massive dignity even in illustration

“If you are going to think Black, think positive about it. Don’t think down on it, or think it is something in your way. And this way, when you really do want to stretch out, and express how beautiful Black is, everybody will hear you.”

Today we have to many African Americans*, especially in the public eye and especially in academia , pretending being black is some albatross on their necks white folks need to ignore or reward in order for them to succeed. Most will try to cover up those feelings of inadequacies up with false proclamations of pride. Mainly concerning some “radical” Negro telling white people off, “speaking truth to power” or some such, like a rebellious teen does to his momma. But they give away their feelings of inadequacy by showing how worried they are about the Caucasian race’s opinions . Sadly, they don’t know prospering and ascending; taking black culture to new, yet tradition rooted, heights is far more impressive than petty rebellion.  The accomplished Leontyne Price basically understood this and that’s why I decided to highlight her words at the beginning of this post.

* I use African American instead of Negro or Black on purpose.

Hear, O sons, a father’s instruction,
and be attentive, that you may gain insight,
2 for I give you good precepts;
do not forsake my teaching.
3 When I was a son with my father,
tender, the only one in the sight of my mother,
4 he taught me and said to me,
“Let your heart hold fast my words;
keep my commandments, and live.
5 Get wisdom; get insight;
do not forget, and do not turn away from the words of my mouth.
Proverbs 4:1–5

We all have fathers who raised us, who imparted their wisdom, their habits, their approach to life onto us. We all have lived according to these values given to us by what should be our greatest influence.
But as we age and become literate we develop our intellectuals ancestors. They might share the same outlook as our fathers and reinforce and provide a source of inspiration and motivation and expand the purview of the morals handed down to you. From that foundation you build your personal outlook.
My intellectual father is the great Martin Delaney, regarded as the father of Black nationalism to many.  From him I further understood the value of self determination & self preservation; building, preserving and supporting your own institutions; along with the value of of blacks starting and supporting our own businesses. So in honor of him, here are somethings of his and some stuff about him that I was reading today.

Here in Martin Delany’s  Advice to Slaves he counters the bombardment of information from a society seeking to paint us as a caste of layabouts without distinction, culture or industry, in a speech which would be radical in any age. Even warning us a full century before Malcolm X classic warning against aligning to close with Liberal whites,  Delany makes the case against their fore bearers.

“As I said before the Yankees are smart; there are good ones and bad ones. The good ones, if they are good they are very good, if they are bad, they are very bad. But the worst and most contemptible, and even worse than even your masters were, are those Yankees, who hired themselves as overseers. Believe not in these School teachers, Emissaries, Ministers, and agents, because they never tell you the truth, and I particularly warn you against those Cotton Agents, who come honey mouthed unto you, their only intent being to make profit by your inexperience.”

He also engaged in the rewriting tunes used in minstral shows to fit a more radical narrative.  In this example he turns Stephan Foster’s Old Uncle Ned on its head.

Hang up the shovel and thee hoe-o-o-o!
I don’t care whether I work or no!
Old master’s gone to the slaveholders’ rest
—He’s gone where they all ought to go!

“Summer time and the living is good. Fish are jumping”, this line has always echoed in my head, I sing it randomly without provocation. I still do not know and don’t particularly care why. Today I was listening to Mahalia Jackson’s Summer Time/Motherless Child on repeat, tis the season and its a Beautiful* song. Enjoy it and until my next post I bid you good day. 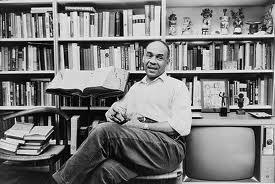 In order to get back into the swing of blogging again. I’ve decided to use Sundays as an day to post what I am into at the moment. I’ll try to avoid being redundant as I do basically the same thing every Sunday.

Most Sundays I wake up to my Sunday playlist. Mostly gospel songs and a few Gil Scott Heron tracks. Today was no different and I listened to this a few times among other songs of Mahaila’s.

I also listened to a podcast, named What Better Place to Start than God, (here’s the text)  by African Methodist Church Reverend Ronald E. Braxton. I found the podcast extremely timely as I was looking for the motivation to start reading and improving my writing.

I have started reading Don Quixote and so far it is a good as I expected it to be.  I’m considering starting the list from Susan Bauer Wise’s The Well Educated Mind modified to fit my own interests.
This clip of Ralph Ellison‘s interview with Ishmael Reed has me really motivated to find whole thing in the morning. This found this paragraph to be very interesting.

“In an essay, I’ve termed this a form of “passing for white.” That was naughty of me, but the pervasive operation of the principle of race (or racism) in American society leads many nonblacks to confuse culture with race and thresholds with steeples, and prevents them from recognizing to what extent the American culture is Afro-American. This can be denied, but it can’t be undone because the culture has had our input since before nationhood.

It’s up to us to contribute to the broader recognition of this pluralistic fact. While others worry about racial superiority, let us be concerned with the quality of culture.”

In Heaven is Ten Zillion Light Years away Stevie Wonders questions why we see heaven as so far away but hold evil so close. It is a great song and under appreciated  piece of his expansive catalog. So hold god close and cast the devil towards the farthest reaches of the universe and jam with me.